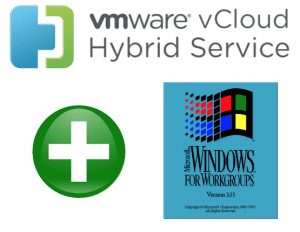 Some may read the title and ask….for the love of God Colotti….Why?!  That’s easy to answer.  Because we can!  I was showing a slide of the vCloud Air supported operating systems this week at the Boston VMUG.  While there, fellow VCDX Mark Gabryjelski said to me, “You know I have a working Windows 3.11 Fusion VM with the networking stack working”.  So we agreed to try something silly, just for fun.  The funny thing is Mark really does not recall how he got it working so he said he has about 15 backup copies of the machine just in case.

He sent me the Fusion virtual machine via Dropbox.  I first opened it to make sure it worked as expected and sure enough the MS-DOS prompt allowed me to ping google.com.  I then and used the OVF Export took in Fusion to create an OVF.  However, when I tried to import to vSphere 5.5 it complained the virtual hardware was version 6.  Quick fix to edit the VMX file and make it version 9, exported again and poof the import to vSphere worked fine.

Once in vSphere I powered it on again to ensure that it was still working as expected.  The import even tagged it as a Windows 3.1 machine as you can see below. 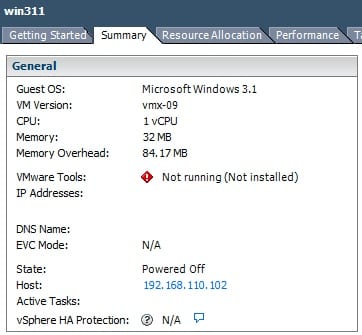 Once that was done I shut it down and did a vCloud Connector migration from vSphere to my Virtual Private Cloud Catalog in VMware vCloud Air.  The final step was to deploy it and power it on and re-test the networking.  Below is a screen shot and a video will come soon showing the networking is functional. 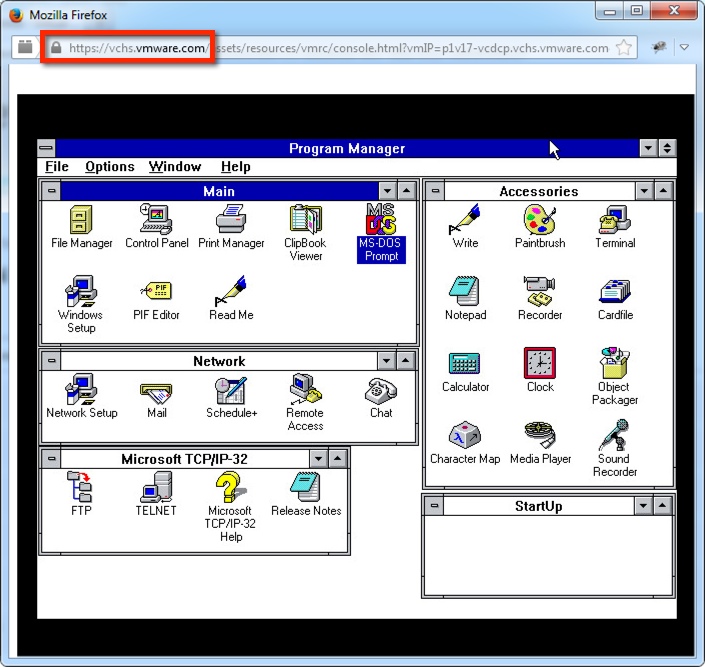 Why On Earth Do This?

I jest when I say because we can, but it was to prove a point.  That VMware vSphere and thus VMware vCloud Air and other vCloud Powered Providers supports MORE operating systems than any other cloud providers out there including Microsoft themselves.  Plus, it’s just a Back to the Future Moment for some of us to see that interface again and realize where we have come.  I will try to put together a short video showing the networking functioning as well in a day or two.  The real point is although you may run some operating systems in other clouds, VMware based clouds like vCloud Air SUPPORTS more. 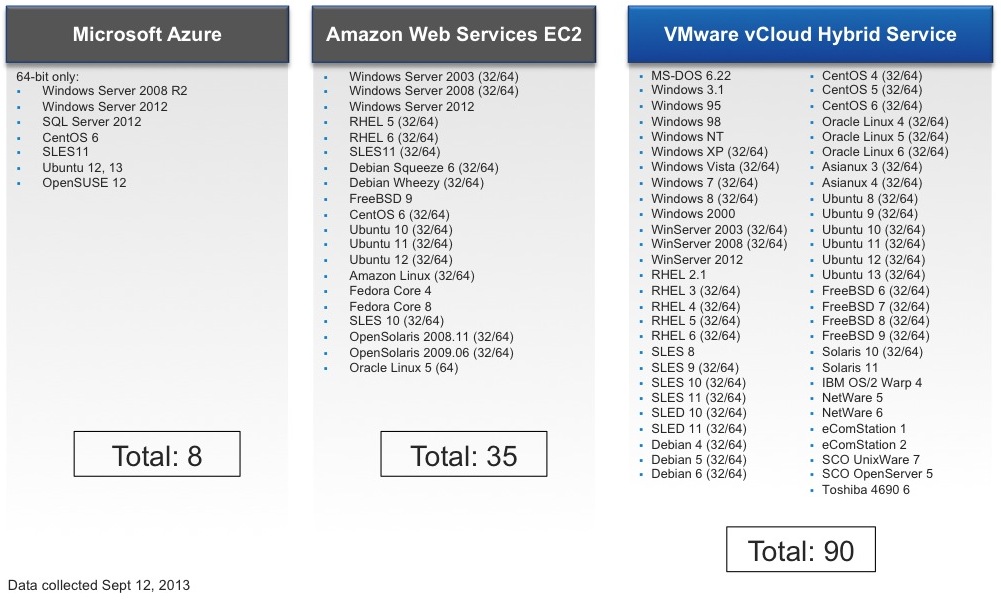 Is Anyone Running XYZ in vCloud Air?

Check Out The New Cloud Academy